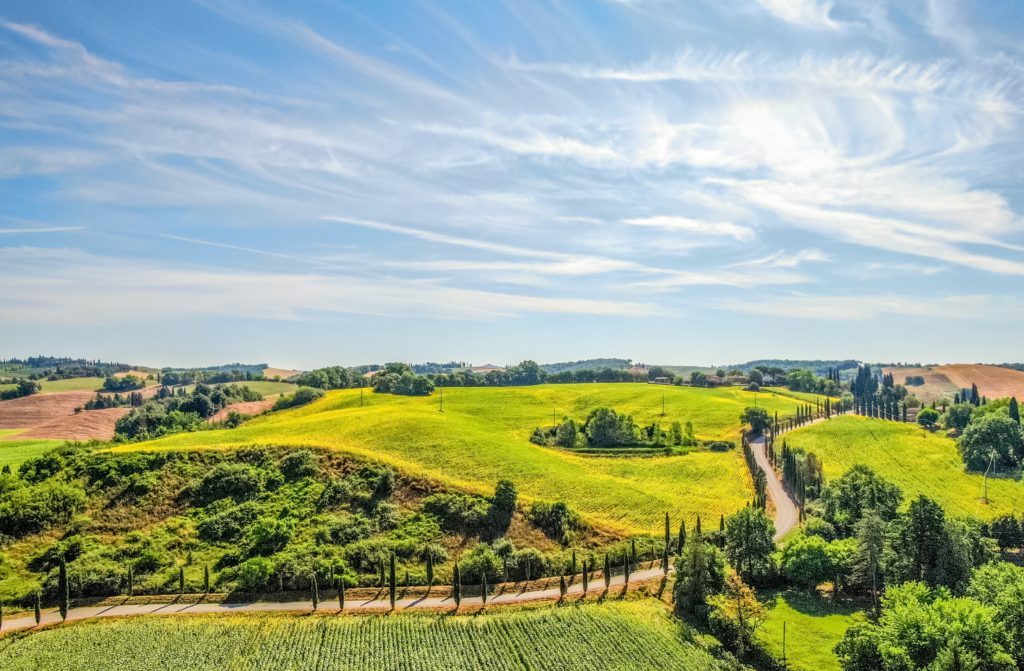 ‘Super Tuscans’ is a collective term for the red wines from Tuscany that may include some non-indigenous grapes like Merlot, Syrah, and Cabernet Sauvignon. Winemakers in Tuscany were blending bold and unconventional wine varieties as early as the seventies, but the term that marked the changing identity of the Italian wine industry was only coined in the 1980s.

Tignanello is sometimes referred to as the most famous Super Tuscan, but the original of the key Super Tuscans is Sassicaia, which has a history as remarkable as its rapid rise to fame. Sassicaia is synonymous with Bolgheri D.O.C., one of the recent and most exciting appellations in Italy that has achieved legendary status in the investment wine world for its smooth and velvety reds.

Sassicaia was created as a Super Tuscan hobby wine

The story of the creation of Sassicaia follows the journey of Marchese Mario Incisa della Rocchetta, an agronomist from Piedmont who fought in the First World War. After the war, he found himself in Tuscany, where he met and married Marchesa Clarice della Gherardesca. They moved to Rome for a while but returned to the beautiful Tuscan village of Bolgheri – Clarice’s hometown – after the Second World War.  Here, they set about reorganising her inheritance; the 7,500-acre Tenuta San Guido estate.

Drawing from his knowledge of agronomy, Mario Incisa cultivated the estate with fruits, vegetables, and tulips that flowered and thrived. This made the cultivation of traditional crops, along with rearing of thoroughbred horses, the main business of Tenuta San Guido.  But it wasn’t long before the Marchese would turn his attention to grapes and winemaking. He loved French wines and had tasted a fair amount of Bordeaux while growing up in a noble family. Now he wanted to produce a fine and distinctive Bordeaux at his home in Tuscany.

Mario Incisa embarked upon a study of the Bordeaux wines to understand what it was that set them apart.  He eventually realised that he needed to shift his vineyard inland to a higher level, away from the drained marshlands by the Tyrrhenian sea. He found his ideal terrain, a likeness of the left bank of Bordeaux, in the forested hills of Castiglioncello di Bolgheri. He planted the first vines here at an elevation of 400m above the sea.

Although his entire endeavour had been in disregard of the D.O.C. guidelines for winemaking in the region, where the idea of making a Bordeaux wine in the Sangiovese terroir was unheard of, Mario Incisa was more interested in creating his own wine than following the rules. He planted vines of Cabernet Sauvignon and Cabernet Franc in his terroir and christened the vineyard ‘Sassicaia’ or the ‘area of many stones’.

The first Sassicaia vintage, bottled in 1945, was starkly different from the later vintages.  Mario Incisa laboured at his hobby for a few more years before deciding to enlist an oenologist’s help. His son Nicolò also shared the idea of transforming the hobby project into a more serious proposition. The oenologist they hired was Mario Incisa’s cousin Giacomo Tachis, who later became known as the person who kickstarted the Italian wine renaissance.

Soon, the Bolgheri vineyards were producing fine wines from Bordelais red grapes through modern winemaking techniques that Giacomo had learned in Bordeaux. The wines were made for several years for family and friends, until the year 1968, when the first commercial vintage was released. This set the ball rolling for the Bolgheri table wine to steadily climb to the top of the charts.

Within the next ten years, Sassicaia won its first international award when the 1972 vintage beat 33 wines from 11 countries at Decanter Magazine’s competition for ‘Great Clarets’. The next feather in the cap was the 1985 vintage receiving a solid 100-point review from celebrated wine critic Robert Parker, who compared it to a 1986 Mouton Rothschild. Some years later, Sassicaia received its own appellation: Bolgheri Sassicaia; the only single estate in Italy to have its own DOC.

The Super Tuscans are highly sought-after investment wines. These have been some of the best performers in the fine wine market in the recent few years, with Sassicaia vintages up by 30-50%.  Traditionally, these were a classic example of supply-demand shifts that drove prices up in the fine wine market. The wines would be consumed within a short time from their release, which would lower the availability and push up prices.

Among the Super Tuscans, Sassicaia is one of the most popular wines in the world. Once a hobby horse and a family affair, it is now the world’s seventh most popular wine according to data from Wine-Searcher. Its legion of fans includes celebrities and athletes, from the Obamas and the Beckhams to Rihanna and LeBron James. For a taste of its finest, check out the critically acclaimed Sassicaia 2018, a blend of 90% Cabernet Sauvignon and 10% Cabernet Franc, and a symbol of the legendary estate’s 50th anniversary.