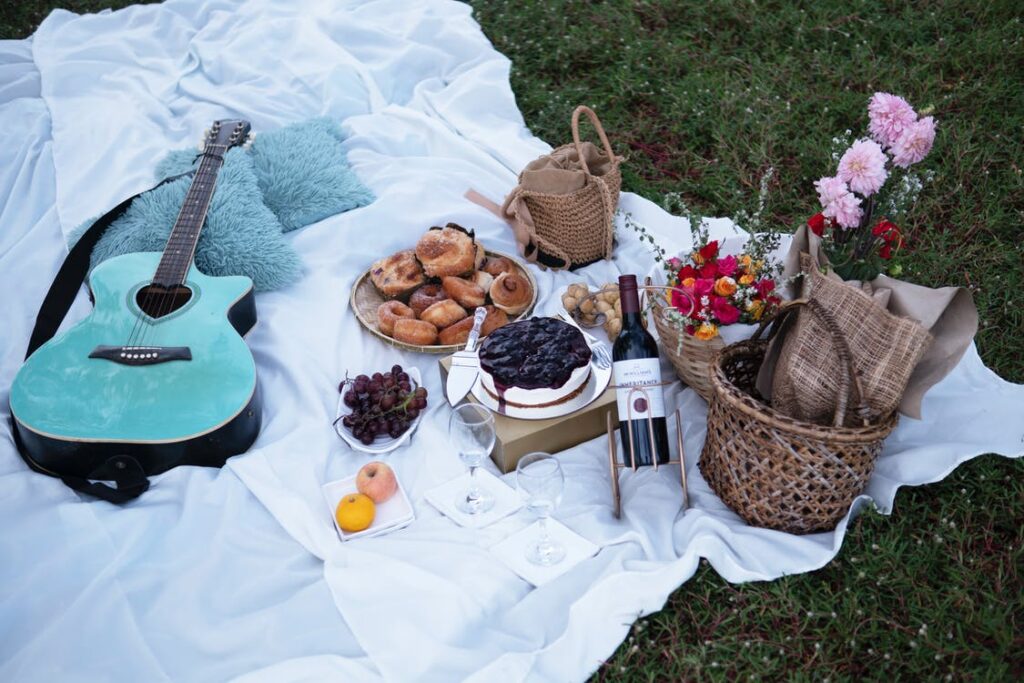 The history of white wines in Germany is chequered. Winemaking was popularised by the ancient Romans and monks in the Middle Ages continued the tradition. In fact, some of today’s famous vineyards date as far back as 1200 AD. But during the 1960s and 70s, sweet blended wines became particularly popular for exports and a once-great winemaking nation started to become synonymous with ordinary mass-produced sweet wines. The recent decades have however restored Germany’s reputation as an excellent wine producer since the country returned to brewing high-quality vintages, with a focus on drier styles and sparkling wines.

Germany’s largest wine region is the Rheinhessen, known for producing a semi-sweet fruity white wine called Liebfraumilch. One of the best-known German wines, Liebfraumilch has a history that dates back to the mid-1700s. While today it carries a label of being ‘sweet and cheap’, Liebfraumilch ranked amongst the best and most expensive wines in Germany at the turn of the 20th century.The exclusivity came from the fact that only the wineries placed “within the area on which the tower of the Liebfrauenkirche in Worms, Germany will cast its shadow” could use the designation.

It is well known that white wine accounts for the majority (two-thirds) of the total wine production in Germany. The climate favours the production of white wine, which is dominated by Riesling. The country produces over 56,800 acres of Riesling across its 13 wine regions.  The grape is successfully cultivated in other parts of the world as well, but here it is characterised by its flowery aromas and dazzling flavours of fruit, honey, herbs and spices. German Riesling is high-acidic and multi-faceted and ranks among the finest white wines in the world.

The second most widely cultivated white varietal in Germany is Müller-Thurgau. It accounts for about 12% of the country’s total vineyard production. The varietal was created in 1882 by Professor Hermann Müller from Thurgau.  Müller-Thurgau was thought to be a cross between Riesling and Silvaner for a long time, leading to the moniker of Rivaner, but its real parents are Riesling and Madeleine Royale. It is considered a good table wine for its easy drinking, mild acidity, and floral and fruity characteristics.

Riesling is king, but there are a number of other white wines that are produced in Germany. Aside from Müller-Thurgau, other white varietals in decreasing order of production include Grauburgunder (Pinot Gris) and Weissburgunder (Pinot Blanc), Silvaner, Kerner, Bachhus, Chardonnay, Scheurebe, Gutedel, Traminer, and Sauvignon Blanc.

‘Blanc de Noir’, literally ‘white from black’, is a German white wine made from grapes that are red, dark blue or black. Healthy red grapes are gently pressed to extract the light-coloured juice without any of the skin colourants or red pigments (anthocyanins) mixing into it. It is then fermented to a white wine that sometimes has hints of gold. As per last year’s amended Wine Ordinance, the designation Blanc de Noir can now only be used for a wine that is made from fresh red wine grapes but has colour typical of white wine.

Some of the world’s most expensive (and best) Riesling wines are produced by German winemaker Egon Müller from his family estate in the Mosel. Weingut Egon Müller is the country’s first family of wine, which makes the current Egon Müller the keeper of the country’s most famous wine estate. Their Riesling Trockenbeerenauslese (or TBA for short) is a coveted sweet dessert wine and also one of the world’s most expensive wines,selling at an average of $13,500.

At the 2021 Decanter World Wine Awards, two German wines made it to the Best In Show: Top 50 Wines to Try list, of which neither was a Riesling. One of them, surprisingly, was a Chardonnay from Baden (and the other was a Pinot Noir), the 2018 Fritz Waßmer, Schlossberg Staufen Chardonnay. Creamy and citrusy on the nose, with a fresh and fruity palate heavy with yellow plum, spices and toasted oak. This is a full-bodied fine-dining white with a long and rich finish that pairs well with oily fish, lean meats, pork, or vegetarian dishes like creamy mushroom soup.