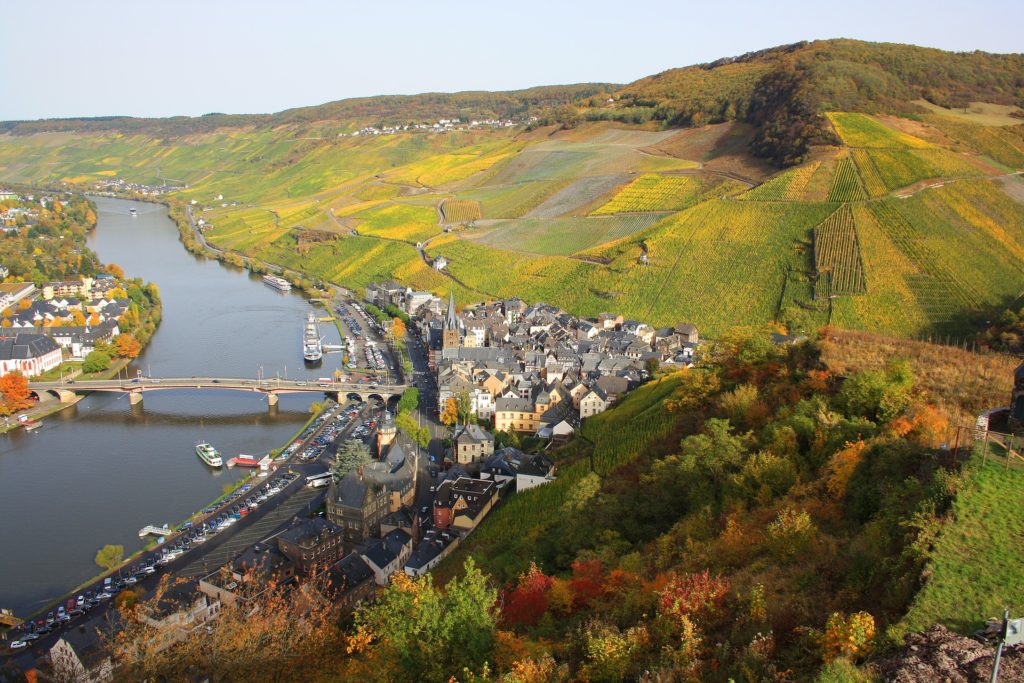 Why the Rhineland is a must-visit for wine lovers

Whether used to buying wine online or tasting different vintages at events, wine lovers will love exploring the Rhine.

The Rhineland-Palatinate region of Germany produces more than two-thirds of the country’s wines. It covers six of the 13 wine regions in Germany and covers a massive 159,000 acres of vineyards. All of which make it the ideal choice for wine aficionados.

For the most visually stunning option, choose the Middle Rhine. This runs through a valley liberally lined with castles among Unesco listed countryside. Most of the wines from here are white, with varieties including Rieslings made from the Silvaners grape. This is known as the ‘queen of grapes’ thanks to its delicacy. Among popular reds from the region are the deep red Portugiesers and the drier Dornfelders.

Most cruises down the Rhine sail between Amsterdam and Basel, with loads of stops on the way. A popular highlight is the town of Rüdesheim, which makes its own wine. It’s home to one of the best-known streets in Germany, the Drosselgasse, which is crammed with taverns serving up local specialities.

When you’ve tasted enough of the wines, you can take in a panoramic view of the region’s vineyards via a cable car trip up the Niederwald Monument.

The largest vineyard in the Middle Rhine is the family-run Wagner. You can try wines from the vineyard at the Weinhaus Wagner, which is in Koblenz. This beautiful city sits at the confluence of the Moselle and Rhine rivers.

Further down the Moselle river, you will find Bernkastel-Kues. This has an interactive Wine Museum, which offers virtual flights over the vineyards to interested visitors. You can also taste wine in its old cellars. The Cologne Wine Museum is also worth a visit. It’s difficult to miss, as it has its own vineyard on the roof. It’s packed with more than 40 different varieties of grape and inside, the museum follows the history of wine from the Romans all the way up until the present day.

There are loads of wine festivals along the Rhine, particularly between spring and autumn. The peak season for wine-orientated events is August and September. A highlight is the Bernkastle-Kues festival during the final weekend of August. It’s famous for crowning a wine queen and hosting a spectacular vintners’ parade.

The main festival is called Rhine in Flames, which marks the beginning of the harvest season. Held over five weekends between May and September, it boasts massive firework displays lighting up the river at different locations. Various historic buildings and castles are lit up at night, making for stunning views along the river.

Most organised cruises include regional wines served with dinner, and you can always buy your own and bring back on board along the way. Many cruise providers cater for wine lovers with cruises including talks by experts, guided tastings and loads of visits to cellars and vineyards.