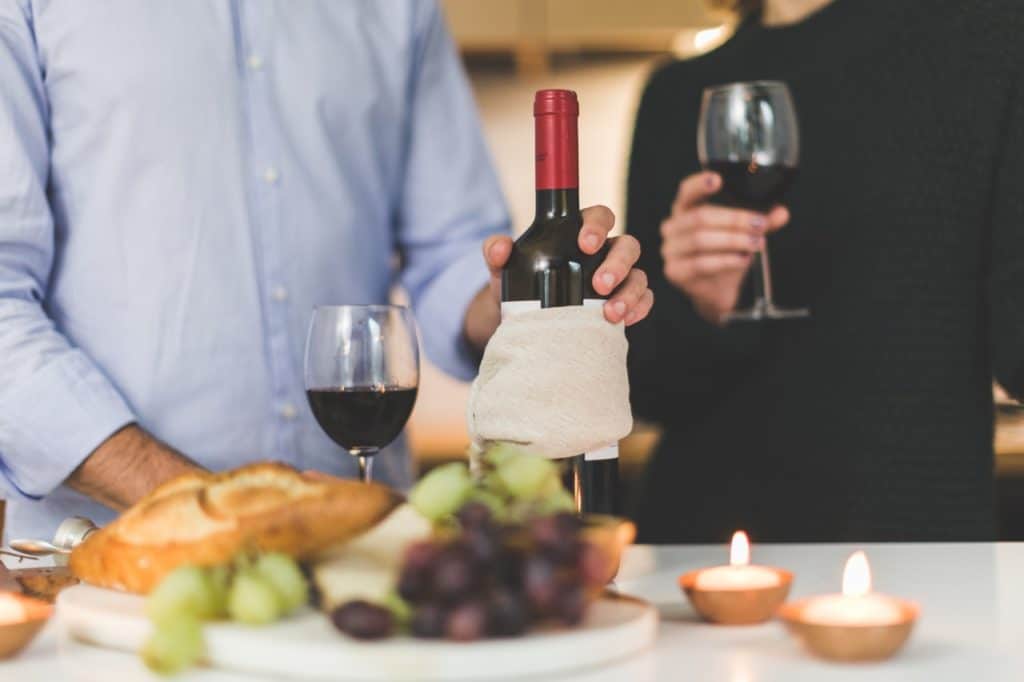 Researchers from King’s College London say their new research shows red wine is good for your health. The findings suggest that red wine increases the number of different good bacteria in your gut, which improve general health.

The research team say that the benefits from red wine comes from the polyphenols present. These compounds are still present in cider, beer and white wine, but in much smaller quantities. They’re also found in many vegetables and fruit, which is why they’re so good for you.

Wine is good for your health, but how much should you drink?

Just one glass of red wine every two weeks is enough to make a positive difference to your gut health. The researchers say that it’s about limited quantities of the high levels of polyphenols.

Polyphenols are present in lots of plant foods. The micronutrients are full of antioxidants, which is why they offer health benefits. Current scientific thinking suggests that polyphenols can help improve digestive issues, help to manage weight, control diabetes and improve the prognosis for people suffering from cardiovascular disease and neurodegenerative disease.

The polyphenols present in red wine include resveratrol, which comes from the skin of the grapes. They are thought to act as fuel for the useful bacteria and microbes that live in the bowel.

Human guts are crammed with trillions of micro-organisms and bacteria. It’s these so-called ‘friendly’ bacteria that work to keep us healthy. A growing raft of research shows that tiny alterations to the microbiota in our gut can make us much more susceptible to illnesses. The common problems associated with this include irritable bowel syndrome, obesity, heart disease and mental health.

If we eat poor diets, have sedentary lifestyles or even take certain types of medication, it’s possible that the fine balance of our gut health can be destroyed. And that’s what leads to illnesses.

The King’s College London study on the possible health benefits of red wine was published in medical journal Gastroenterology. It studied thousands of people and their eating and drinking habits from all around the world. Participants from the Netherlands, the US and the UK, are all twins. During the study they reported on their diet, what they eat, what they drink and what type of alcohol they regularly ingest.

Red wine drinkers from the study showed much more diverse gut bacteria than those who drink other alcoholic drinks, or none at all. And the more red wine you drink, the more the good bugs multiply. However, the researchers say that none of the people studied are heavy drinkers.

Just one glass a week or a fortnight, depending on your gut makeup, is enough to reap the microbe advantages of red wine. Needless to say, heavy drinking is not encouraged by the research team. They warn that drinking too much red wine will have a poor effect not only on gut bacteria, but the overall health of the person.

As this is what’s called an ‘observational’ study, it does not prove red wine is good for the gut. However, it can be surmised that if you want to drink something, red wine is probably better for you and your health than other alcoholic drinks.

Researcher Dr Le Roy says that she wants to do further study on people drinking red wine or red grape juice without alcohol. She tells BBC.com: “Gut bacteria is complex, and we need more research. But we know that the more diversity there is, the better it appears to be for our health.”