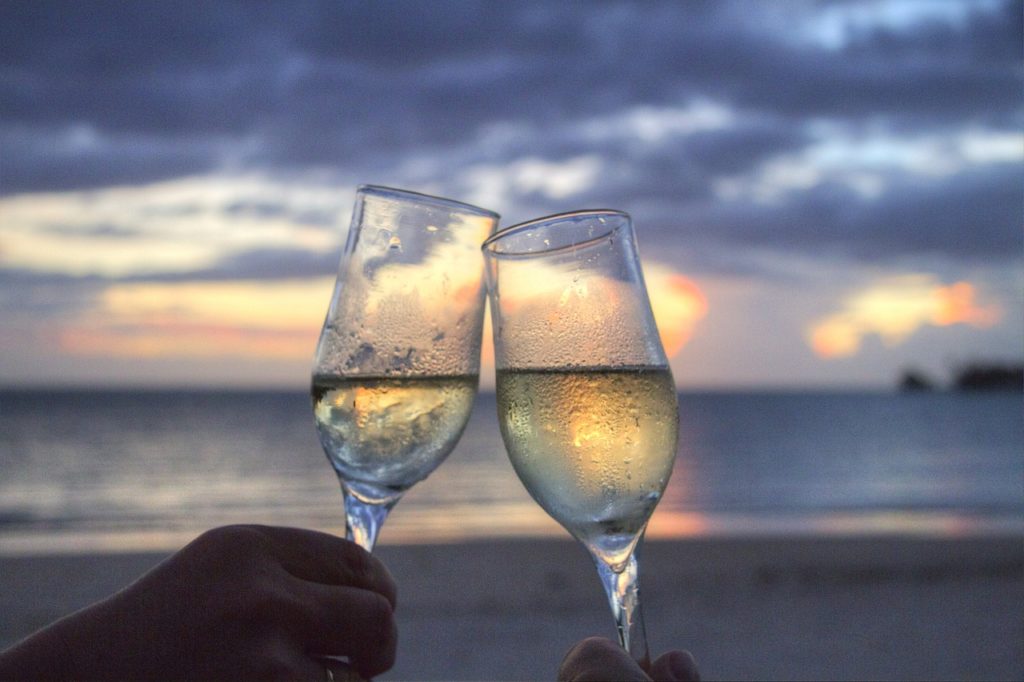 Why investors should back English sparkling wine

Due to rare positive side effects from global warming, English sparkling wine will be of higher quality than Champagne, according to Environment Secretary Michael Gove.

He said that vineyards across the UK are now being rated better quality than many French wineries, and that as the climate continues to change over the next few years, we could see an industry boom.

Mr Gove made these remarks at the BBC’s Countryfile Live event at Blenheim Palace recently, also saying that the 2018 summer heatwave could be ‘the new normal’. We could be saying goodbye forever to traditional summers blighted by grey skies and endless rain, and while that may not be great news for the long-term future, it’s certainly positive for English vineyards.

He did acknowledge that the sustained high temperatures were challenging for farmers but was keen to recognise the opportunities that the weather brings to UK wine growers. It’s clear that English wine can expect a bumper harvest this year, thanks to the super-hot conditions, and this is set to continue year on year.

Mr Gove said: “I was in East Sussex the weekend before last, talking to someone there who bought a farm, who has converted it into a highly successful business producing English sparkling wine. It’s been assessed independently as of higher quality and better tasting than the finest Champagne vineyards.”

The Government sees this burgeoning industry as something that “will soon bring a level of cheer to British drinkers greater than that provided by French champagne.” As we head towards a post-EU future, it’s clear that this industry is considered an important one for the UK’s future.

While the chalky soils of England have long been perfect for sparkling wine, the climate has never been right. Now that it’s warming, grapes are growing much more successfully. Established wine makers from France, such as Taittinger, have been quick to spot this and have begun planting vines across vast acres of the countryside.

Over the past year, UK wine producers planted a record-busting one million vines, which has bumped production up by two million bottles every year. Research commissioned last year showed that the predicted changes of temperature and rainfall in Britain could be set to create wine growing opportunities as far north as Edinburgh. Experts say that England could be one of the leading producers of wine in the world by 2100.

Two years ago, the Wine and Spirit Trade Association carried out a blind tasting between English sparkling and some world-class Champagnes. Perhaps unexpectedly, the English wine won in two categories.

Jumping forward to this year at the Sommelier Wine Awards, English sparkling wine picked up more gold medals than Champagne for the first time ever. England took home seven golds, while Champagne only managed six, half the number they received in 2017.

Mr Gove is clear that farmers need to understand the new reality and adapt accordingly. He said: “We have to face the fact that there are particularly challenging circumstances this summer. We need to show a greater degree of flexibility. We need to think hard about what we can do to mitigate climate change but also how we adapt how we operate.