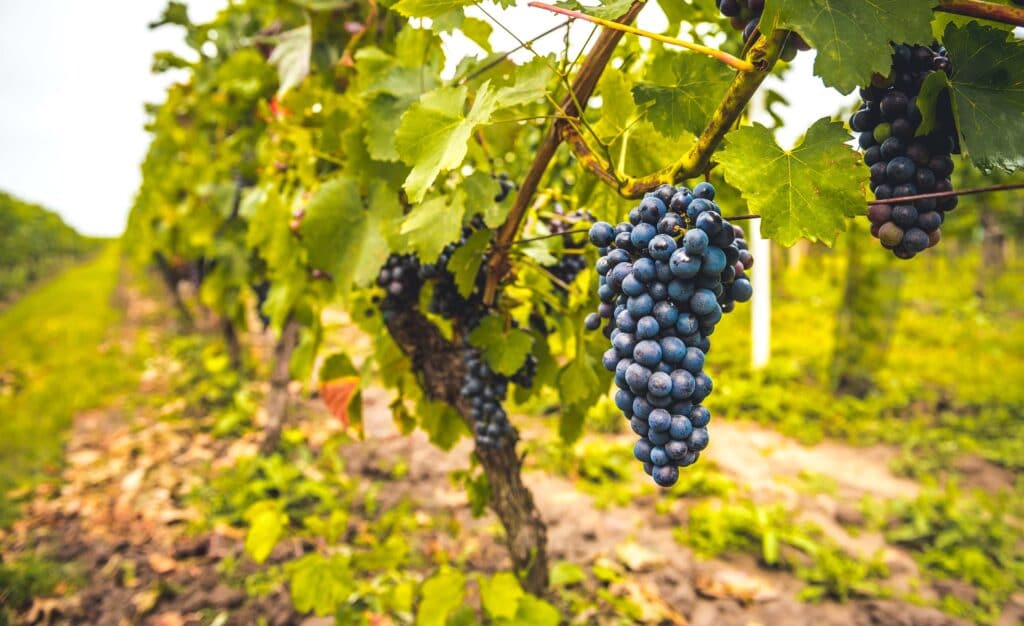 Where is the smallest vineyard in the world?

We were intrigued to discover that the smallest vineyard in the world is right here in the UK, England, to be precise. It is, of course, in Sussex, which is the UK’s best known area for growing and producing some excellent quality wines.

Sussex is the largest wine producer and home to the leading wineries of the UK, boasting over 50 wineries. Considered a historic wine region, it is regarded as the heart of the UK’s wine production.

The oldest vineyard in the UK

Wine has been produced in the UK since Roman times, and thanks to many other invasions by Europe, the production and interest in wine grew. It wasn’t until around 1873 when gardener Andrew Pettigrew was sent to France to learn about viticulture, winemaking and to purchase vines. The Castell Coch Estate vineyard just outside Cardiff remained in operation commercially after the first world war.

1952 is considered the official start of the UK’s love of wine when Hambledon in Hampshire started the first commercial vineyard in more than 75 years.

“As Sir Guy was a keen wine lover and Francophile, having spent time as a diplomat in Paris, John suggested he might consider planting a vineyard.”

This title of smallest vineyard in the world was bestowed to the couple who have established a two grapevine enterprise in their kitchen garden by The Food Standards Agency (FSA), officially designated as UK’s vineyard number 9321.

The world record for the smallest vineyard was previously held by none other than the Dali Lama, who has a three grapevine commercial winery in the Swiss mountainous Valais region called Les Amis de Farinet made from Pinot Noir and Chasselas grapes.

This world’s smallest vineyard came about because of a gift. The couple were apparently given three Chardonnay vines as a house warming present, but only one survived. Corina Buckwell then gave her husband Dominic a Pinot Noir Burgundy clone, and with the help, they have been able to produce a dozen bottles, some of which will be sold.

There is usually a half-acre threshold for mandatory registration; however, to sell wine commercially, one is obliged to register and report annual tonnage production to the Wine Standards Division of the FSA.

There have been many attempts at tiny vineyards, but as with larger scale operations, they don’t always take. Regardless of size, the vines have to be happy, and the care has to be exceptional for the vineyard to produce commercially viable and drinkable wines.