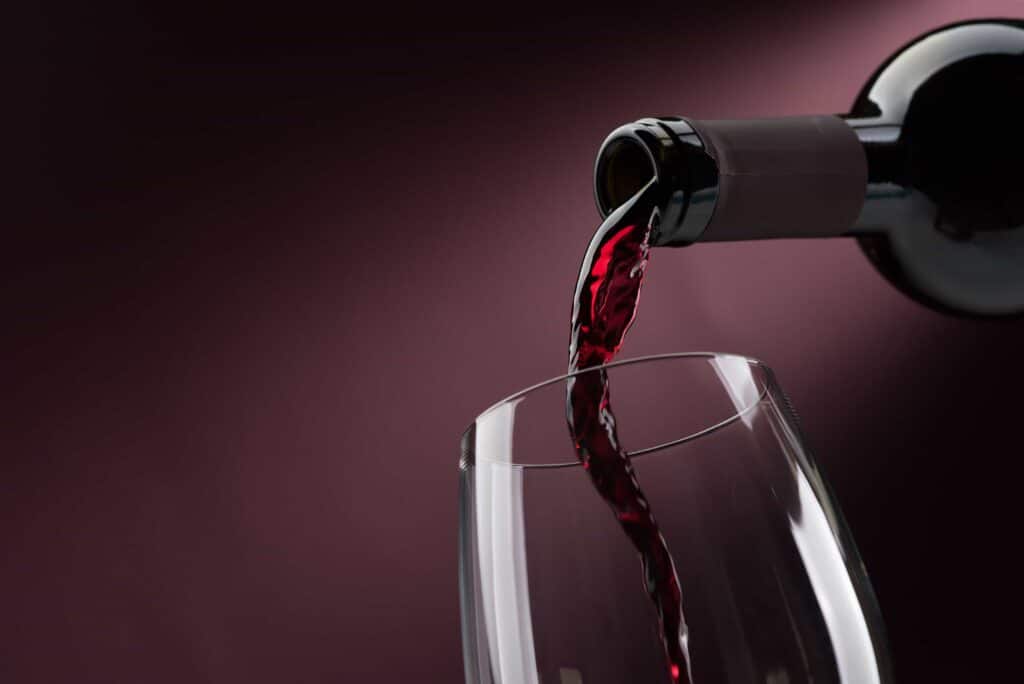 A glass of fine wine is the ideal way to enjoy those cosy autumn evenings as the days grow darker and the leaves turn golden. Rioja red wines are the perfect accompaniment to a hearty dish and a roaring fire, so we look at what makes the Spanish red wine such an attractive choice.

Rioja red wine is a popular choice among many and is just as noteworthy as many Burgandy and Bordeaux, but so often doesn’t get recognised as a remarkable wine as its other more esteemed peers.

This does make a quality, collectable bottle of Rioja a worthwhile purchase because it requires lesser investment than a bottle of Burgandy or Bordeaux.

WHERE IS RIOJA WINE PRODUCED?

Rioja wine is produced in the central region of Northern Spain and across three different communities, which includes La Rioja, Navarra and Paid Vasco. Almost 70% of the DOCa Rioja grapes are grown south of the Ebro River, and the remaining vineyards are north of the river in the two other locations.

It is possible to get single-zone wines, but DOCa Rioja wines can be blended with grapes grown in up to two other zones. Those three zones are Rioja Oriental (formerly Rioja Baja), Rioja Alavesa and Rioja Alta.

Rioja is named after the region it is produced as so many of the old world wines are. Tempranillo is the dominant grape indigenous to Spain, which is found in Rioja.

Rioja has four classification levels which are Genérico, Crianza, Reserva, and Gran Reserva. The classic Rioja wines are the latter two and among some of the world’s finest and long lived wines. These wines age well in the bottle even though they are released ready to enjoy by the winery.

Rioja Reserva is aged for at least three years with at least one year in oak before being released. Its character and depth develop over time. While the Gran Reserva is aged for at least five years in the winery, and two of those are spent ageing in oak before being released. These aged Rioja’s are the more traditional of the four and are highly ranked among the finest wines worldwide.

Rioja Genérico (previously known as Joven) is the youngest version of this wine; it has no minimum ageing requirements and is generally sold within the second year after harvest giving it a fresh acidity and youthfulness.

Rioja Crianza must spend a minimum of one year in oak and then a further few months ageing in the bottle. Because of this, it has a fuller body and enjoys notes of dark fruits and toast.

WHICH FOODS PAIR WELL WITH RIOJA?

When you consider wines that pair well with foods, Rioja is certainly one to pop on your dinner party list. The best food pairings for Rioja can vary depending on which one you choose to enjoy. There are even white and rosé Rioja wines, so there is much variety to sample and enjoy where this Spanish wine is concerned.

The two traditional Rioja’s pair well with rich dishes including meats, roast dinners and stews, making them the ideal wines to enjoy during autumn and winter. In contrast, the Crianza and Genérico varieties pair well with lighter dishes because they tend to be lighter in their style.

Rioja red wine really is the ideal wine for enhancing your knowledge and enjoyment of Spanish wines, and as the weather turns more wintery, we can’t think of a better excuse to develop your palate.