Is it really possible to produce wine in space?

According to NASA, it most certainly is possible to make interstellar wine. We’re assuming they have higher priorities when it comes to exploring the final frontier, but it’s interesting to know that it could happen.

Over the last couple of years, NASA astronauts aboard the ISS (International Space Station) have been showing that it’s possible to grow produce in space, harvest it and eat it safely.

While they’ve been concentrating on nutrition for astronauts rather than fancy drinks, does the fact that they’ve been happily making space salads mean that a vintage space wine could be on its way?

Grapes are a challenge in space 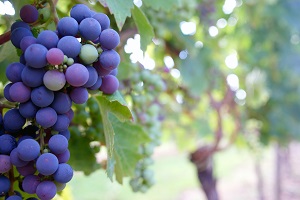 Most of the vegetables grown so far have been compact and easy to harvest. A major challenge in growing wine grapes in space would be the way vines need to grow.

Gioia Massa, a representative for NASA’s Vegetable Production System, said: “We have been working with some dwarf fruit trees that the USDA (United States Department of Agriculture) developed, and I have heard that they also have some dwarf grape vines, so if the plants were small enough or could be trained around, for example, lights, it would certainly be possible to grow them.”

If the challenge of needing compact vines that can be clipped and trained in a certain way could be overcome, then the next step would be pollination. In 2018, NASA astronauts will be trying to pollinate tomatoes manually in the hopes of developing a process that can be replicated with other vegetables and fruit.

Grapes are only part of what’s needed to make wine – somehow the process of fermentation must also happen. So, is that possible in space? According to studies testing beer brewing in space, very possibly.

Student research shows that by using a microbial bioreactor, it is (at least in theory) possible that fermentation and other similar processes could happen in an atmosphere of microgravity.

So, to conclude, yes it’s ‘possible’ to grow grapes in space and make a galactical vintage. However, as NASA are concentrating on trying to ensure astronauts can grow vegetables for their health while on the space station, it’s unlikely to happen any time soon. We can always hope though!