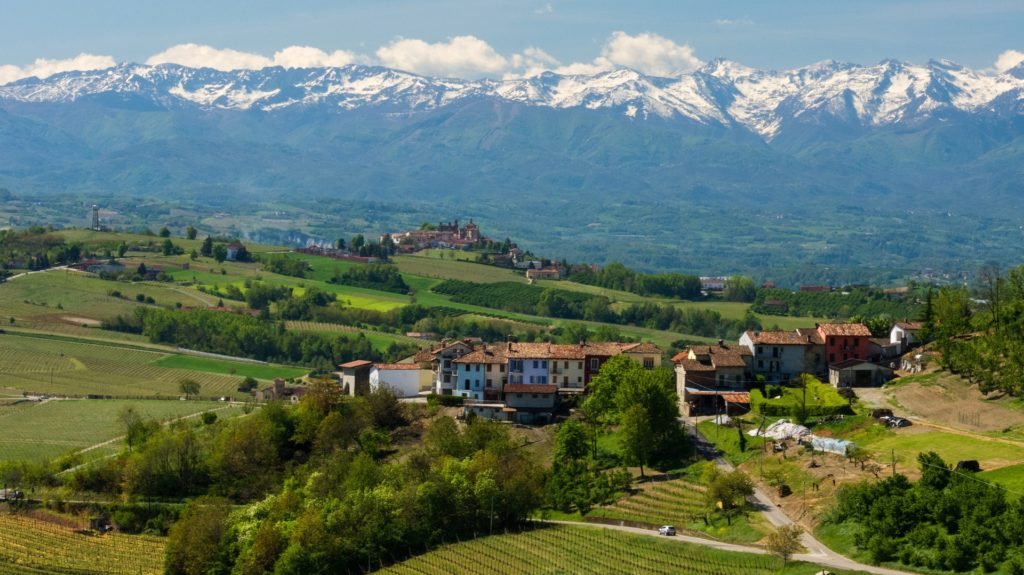 Which Italian red wine is ideal for a special occasion?

Italian red wine is familiar territory for wine aficionados. Most wine lovers know the big names like Amarone and chianti, for example. But if you thought Italian reds were all Brunello and Barolos, you might be surprised to find out that there are loads more varieties to try.

From the wines made from the barbera grape in Piedmont, to the dark, perfumed wines from Puglia in southern Italy, there lots to sample. And they’re all perfect for special occasions or simple spring time dinner parties.

Vineyards have been producing luscious red wines from among the hills of the Langhe region in Piedmont for centuries. This region of Italy sits at the foot of the Alps and shares borders with France and Switzerland. It’s known for its Barolo and Barbaresco wine, but there are also plenty of medium-bodied red wines from the region.

For example, the Michele Chiarlo Barbera D’Asti Le Orme 2015 is from one of the most successful producers in the region. It’s a juicy and sweet wine, with plenty of minerally blackcurrant flavours, and goes brilliantly with pasta dishes.

Moving down the country, we come to Tuscany. Most people know this region is famous for its Chianti, but there are also so-called ‘super Tuscans’ from different grapes.

Toscana la Massa 2015 is made from grapes tended in the Conca D’Oro, which is at the heart of the classic chianti region. It’s made from merlot, sangiovese and cabernet sauvignon, and is a luxurious tasting wine. It has notes of black cherries and chocolate, which makes it delicious with roasted meats or rich vegetable dishes.

If you want a typical chianti, then try Fontodi Chianti Classico 2015, which is made mostly from sangiovese grown in the same area as the Toscana la Massa. It’s rich and dark, yet fresh and elegant. Both wines are good choices.

All the regions so far mentioned are the classic winemaking regions in Italy. If we go much further South to the Avellino part of the Campania region, we can also find delicious red wines. This region is just inland from Naples and was revitalised with a much-needed cash injection from the estate of Feudi Di San Gregorio in 1980 to boost wine production.

The estate makes wines that are growing in popularity all the time, including the Feudi Di San Gregorio Taurasi DOCG. His wine showcases the aglianico grape, with plenty of gentle spice, dark fruitiness and a balanced feel. It’s great with moussaka or slow-cooked pork.

Another major red grape from the south of Italy is primitivo. This is known as ‘zinfandel’ in the UK and the US and comes packed with multiple flavours. You’ll taste rich fruit, chocolate, violets and peppery spices. A great example is the Schola Sarmenti Cubardi Primitivo IGT Salento 2015, which is made from very old vines cultivated in Puglia. It’s best enjoyed after being decanted and left alone for a few hours and goes really well with red meat and cheeses. Watch out for the alcohol content of wines made from primitivo, as they tend to be on the high side.