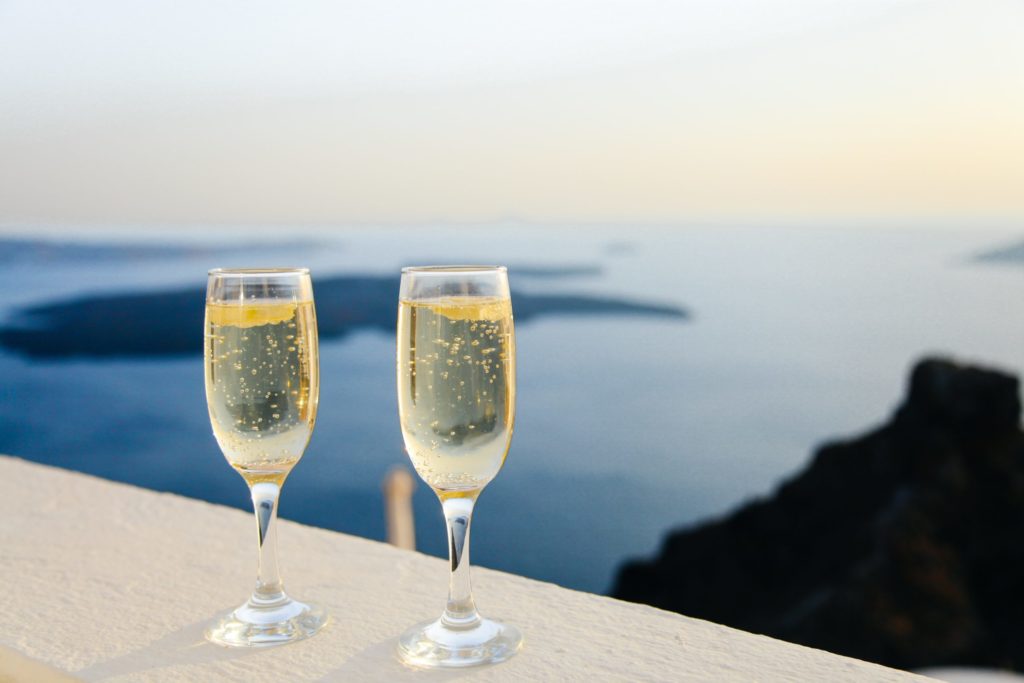 Wine from the Eastern Mediterranean isn’t always at the forefront of consumers’ minds. However, the region that goes from Lebanon to Croatia is home to many different types of wine. And it’s becoming more popular, thanks to new coverage in the World Atlas of Wine, the most recent edition of which has devoted pages to wine from Israel, Lebanon and Cyprus for the first time.

Greece sells more internationally than the other countries from the region. For example, there has been an upsurge in popularity of wines from Santorini. In 2019, approximately two million hectolitres (each hectolitre = 100 litres) of wine was made in Greece.

From this volume, approximately 90% comes from the 200 grapes indigenous to the country. Around 13% of the total wine volume produced in Greece is exported internationally, and it’s worth about £71 million (82.6 million Euros).

Santorini wines are finally shifting into the fine wine bracket with prices equivalent to those of high-quality white Burgundy. This burgeoning interest in wines from Santorini is likely to have a knock-on effect for collectors and sommeliers.

Georgian wine is exporting more than ever before

Georgia, located at the apex of Europe and Asia is also increasing wine exports. In the second half of 2019, UK based importer Berkmann Wine Cellars began listing wine from a Georgian producer called Tbilvino.

According to data from the Wine Agency of Georgia, in the 12 months leading up to October 2019, Georgian wine exports increased by 20% in value and 11% in volume. It is exported to 50 different countries, with recently opened markets including Sweden, Germany, the UK, the US and Japan. Georgia exports the highest volume of wine to the Ukraine and Russia, with China in third. Interest from Scandinavia, the UK and the US is also increasing the growth of wine from this region.

Turkish wines, while traditionally not particularly successful in international markets, are also kickstarting growth plans. Varieties such as Narince made from an aromatic white grape, and Papakarasi, which makes soft fruity reds have potential for export markets.

There is also an untapped export market for Romanian wine. Philip Cox is the commercial director for Cramele Recas, the largest wine producer in the country. He says that Romania has huge potential thanks to its lengthy history of wine making, and fascinating local varieties. He also says that the country’s ‘flexible legislation’ allows wine producers to pick and choose from a vast range of varieties. Add this to relatively cheap land, low living costs and you have the ingredients for a very successful export market.

Philip says: “[Romania] now has one of the most modern wine industries in Europe, with more than 200 new wineries built in the past decade.” The producer exports to 23 countries, and is nationally distributed in Myanmar, South Korea and Japan.

Over in Israel there is no official wine group pushing for exports. However, there is an unofficial group of wine producers working together to export increasing amounts to the UK wine market.

The group is led by Morris Herzogf from Kedem Europe, a specialist in Israeli wine. He believes the biggest challenge is to change people’s perceptions of wine from Israel. He points out that recently sommeliers and wine aficionados are discovering that there are many high-quality wines from the region.

Various London restaurants have become buyers for Israeli wine, and professionals are increasingly using it to match the cuisine from the region as it becomes more popular. Winemaker Faouzi Issa heads up the oldest commercial winery in Lebanon, which is called Domaine des Tourelles. He says that the UK is their main market and that: “… consumers [in the UK] are very open to discovering new wines, particularly those with an interesting story.”

His wines now reach 25 countries, and over the last ten years his export volumes have increased eight times. However, despite the undoubted increase in exports for wines from the Eastern Mediterranean, it’s likely that they will remain niche for the meantime, and won’t be named on any 2020 wine trends lists. For now, only wines from Georgia, Hungary, Romania and Greece are included on the International Organisation for Vin and Wine (OIV)’s list of countries that make more than one million hectolitres a year.